The archipelago consists of 13 large islands, 17 small islands and 40 rocks. It covers an area of 3,100 square miles and is located 600 miles from the continent. Fray Thomas de Berlanga was the first one to discover the islands in 1535.In the mid-18th century, British scientist Charles Darwin visited the islands. After extensive research, he conceived his theory of "The Evolution of Species". Today, the islands are being protected by the Galápagos National Park which 42 sites have been classified for your visit.

If you ever plan to visit a living laboratory, or are interested in evolution, natural history and conservation, visit Ecuador and have the pleasure of being in the Enchanted Islands

The Galápagos archipelago hides a secret: the secret of life. Thirteen large islands, six of medium size, and more than two hundred islets and rocks, and the sea surrounding them, is all that you need to host one of the most impressive biological reserves of the planet.

All this means a unique experience. Since most of what you will find in the Galápagos, you will not find it in any other part of the world.

Animal Species of the Galápagos

This archipelago has a special feature: it has never been connected with the continent. All the living creatures found there have arrived by travelling: by air, or on floating islands of vegetation… and once arrived there, most of them no longer returned to their homes, and evolved to different forms in comparison to their mainland relatives.

That evidence was enlightened to Darwin in his evolution theory by natural selection and adaptation to the environment. That evidence is impressive.

The giant tortoises of the Galápagos, and several specific species of each island, are venerable unique survivors in the world

The land iguanas are fast and antediluvian. Also, there are marine iguanas, which are the only specie of iguana who lives and feeds in the sea Marine mammals such as the impressive sea lion of the Galápagos

Endemic birds such as Darwin’s finches (all similar except for the peak of each specie, adapted to its diet), and penguins, sea gulls, cormorants, kestrels… a paradise for birds lovers

The flora and fauna of the Galápagos Islands

But the cycle of life, before arriving at the animals, should be started by the plants. And the wealth of Galapagos, in this topic, is in equal terms of the wildlife that shares its ecosystem.

In fact, there are seven distinct vegetation zones:

Coastal Zone: with species of shrubs and trees tolerant to salinity, includes the impressive mangrove

Arid Zone: A semi desert, as its name indicates, is a zone in which you will find endemic cactus species of Galápagos

Miconia Zone, a land dominated by the shrub that gives it its name

Area of La Pampa, considered as the most moist, is a sea of herbs, ferns and rushes

Overall, there are 560 plant species (one-third of which is endemic), a lot of lichens and mosses, and two hundred species introduced subsequently: a theatre that is perfect for life development, in the most incredible way you can imagine.

But you do not have to imagine it.

You only have to come and see it. 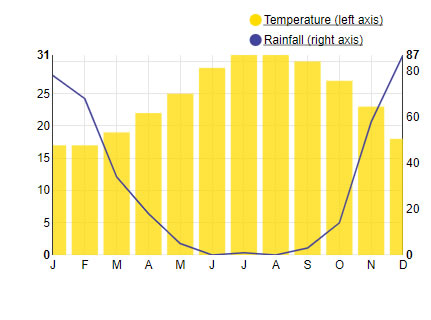 In the mid-18th century, British scientist Charles Darwin visited the islands. After extensive research, he conceived his theory of "The Evolution of Species". Today, the islands are being protected by the Galapagos National Park which 42 sites have been classified for your visit.

Unfortunately no accommodations were found.

Unfortunately no tours were found.

Unfortunately no cruises were found.

Unfortunately no car rentals were found.